Home » About the Weinhaus »

Founded over 40 years ago by Dave Mallett, the Weinhaus is Asheville’s oldest beer and wine store! A family run business now owned by Dave’s son Hunt, we offer the best selection of wine, beer, kegs, tasting events and dinners, a wine bar and taproom with live music and a team of knowledgable and friendly staff members who are here to help you with you’re every wine and beer need! 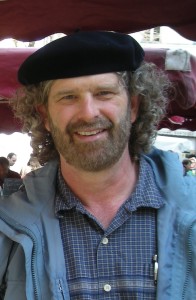 Hunt’s love of wine is like an apple not falling far from the tree (or should it be a grape from the vine?) His father, Dave Mallett founded the Weinhaus in 1977 and his uncle Peter Mallett owned a beer distributorship, so Hunt’s introduction to wine and beer came around the dinner table before he was even allowed to drink! Hunt purchased the Weinhaus on Dave’s retirement in 2004. Now he and his son, John Mallett, carry on the tradition of bringing value and world class wine and beer, along with thoughtful attention to customer service, to the many customers located not only in Western NC, but throughout the country. Hunt is a native of Western North Carolina. Growing up in Asheville and Henderson County, he has seen the area change to become the thriving, vibrant community it is today. Hunt blends his passions for Asheville, fine food & drink, traditional music & dance, international travel, and a genuine love of people from behind the counter at the Weinhaus. What better place to introduce both visitors and friends to his native city and to share his ever-growing knowledge of the world of wine and beer! 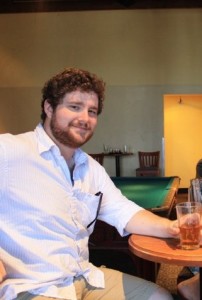 John is the third generation of the Mallett family at the Weinhaus and has been here off and on since he was 16. Born and raised in Asheville, John has embraced the city’s beer culture and endeavored to become our beer specialist. In 2008 he and six friends filmed the documentary Beer Y’all, exploring North Carolina’s growing micro-brewing industry. Today John is typically found in the Weinhaus during our extended night and weekend hours.

What Customers Have to Say:

The Weinhaus has existed since the late 1970s. So it is the oldest wine shop in Asheville. It is also the newest, having been completely renovated in 2013! Besides a great selection of wines, including older Burgundy and Bordeaux vintages, the place now has a bar (The Cork and Keg) and a Cheese Shop. The bar features quite a few draft beers, and wines by the glass and bottle. Once or twice a week there is live music.

I don’t normally drink wine. But when I do, I buy my wine from the Weinhaus!

Now, I am a Weinhaus regular since I work on Wall St, we visit them for wine-thirty  at least once a week.  But seriously, Weinhaus saved my tail this weekend! I was hosting a baby shower on Sunday and I had planned on picking up wine glasses from a competitor, but they had already closed by the time I got off work to pick them up.  We called Weinhaus and they got me 50 something wine and champagne glasses that evening!  I was so relieved!  Great prices, friendly staff and the perfect locat… END_OF_DOCUMENT_TOKEN_TO_BE_REPLACED

Five star all the way! The Weinhaus knows what they are doing. Just finished our daughter’swedding and the Weinhaus calculated how much beer and wine we would need for 140 people. We had 1 bottle of wine left and that was it (PERFECT)! They are very professional, knowledgeable, courteous, and friendly. To beat it all, they also have the best selection of beer and wine and best prices too! You won’t be sorry if you use them. Ask for Hunt, he is fantastic to work with. Herb and Marie

Herb Pomfrey – Father of the Bride

Reviewed July 7, 2013
I am glad we stumbled across this place as we were exploring Asheville. Live music and lots of tourists left the streets blaring. This place was a haven where we could actually find a table and hear ourselves talk. Our server/bartender was very friendly and knowledgeable. Our next trip we plan to come here first to buy our beverages for our room/cabin instead of packing them from home in Durham.

“Beer and wine for Welcome Party”

Reviewed November 12, 2014
Our son and his new bride were married in Asheville in September 2014. It was a destination wedding so we hosted a Welcome Party for 125 guests at the Capital Club the night before the ceremony. The Weinhaus provided all of our beer and wine, including delivering it up to the venue the day of the party. Hunt was so great to work with–he provided great wine suggestions based on our planned menu and the wines got excellent review… END_OF_DOCUMENT_TOKEN_TO_BE_REPLACED